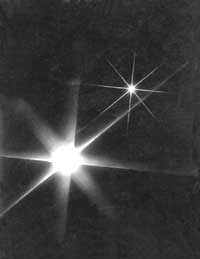 it is one of the unwritten assumptions of physics that the laws of nature are the same not only in all parts of the Universe but also at all times. This assumption is what allows us to say meaningful things about very distant realms of our Universe and also about very old times. But now analysis of light by a research team indicates that billion of years ago the laws of physics might have been slightly different. New observations from the world's biggest telescope indicate that one of the nature's supposedly immutable constants has changed over the 15 billion-year history of the Universe. "This has fundamental implications for our understanding of physics,' said John Webb, a professor at the University of New South Wales in Sydney, Australia, who led the research.

Webb and his colleagues found that six billion years ago, the fine structure constant