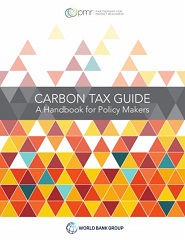 Recent years have seen renewed and growing interest in policy instruments that put a price on greenhouse gas (GHG) emissions through the adoption of carbon taxes. While up until 2008 only a handful of European countries had adopted explicit taxes on GHG emissions, by February 2017 some 24 countries and subnational jurisdictions— spanning a diverse range of developed and developing countries across five continents—had adopted or were scheduled to adopt a carbon tax. As the schemes have multiplied they have become increasingly varied, covering a broader range of sectors and adopting novel features that have shown carbon taxes to be a versatile instrument capable of being adapted to a wide range of policy goals and national contexts.