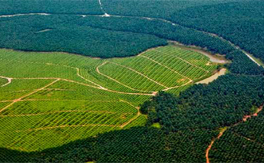 This summary of the fifth Global Environment Outlook report released by UNEP focuses on deteriorating state of the global environment and lists priority areas for action and policy recommendations.

The UNEP has released the Global Environment Outlook-5 (GEO-5) Summary for Policy Makers, which was negotiated and endorsed by governments on 31 January 2012. The summary was released as a prelude to the full report, which will be released in June, in advance of the UN Conference on Sustainable Development (UNCSD, or Rio+20). The Summary warns of the continued deterioration in the state of the global environment, highlighting that internationally-agreed environmental goals have only been partially met. It notes specifically: the adverse effects of climate change as a serious challenge that threatens overall development goals; the rate of forest loss; the threats to water security facing 3.4 billion people; coastal zone eutrophication; and the fact that up to two thirds of species are currently threatened with extinction. The Summary calls for a focus on the underlying drivers of environmental change – including population growth, consumption and production, and urbanization. It further recommends: the use of timely and accurate data to inform decision making; reversal of policies that generate unsustainable outcomes; incentives to advance sustainable practices; urgent, ambitious and cooperative action by governments to meet internationally-agreed goals; the strengthening of access to information; and the engagement of civil society, the private sector and other relevant actors in policy-making processes.

Opinion: Count the natural debt too.