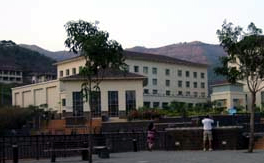 In this order dated October 13, 2011 the Union Ministry of Environment and Forests (MoEF) has refused to grant clearance to first phase of the $31 billion Lavasa township near Pune.

Order: environmental clearance for the development of hill station township 1st phase (2000 ha.) at village Mulshi and Velhe Talukas, district Pune, Maharashtra by M/s. Lavasa Corporation Ltd . Lavasa Corporation submitted an application to the Ministry on 2nd February, 2011 and subsequent letters seeking prior Environmental Clearance for the above project under the EIA Notification, 2006. The proposal was appraised as per prescribed procedure in the light of provisions under the EIA Notification, 2006 and its subsequent amendments in 2009/2011 and on the basis of the mandatory documents enclosed with the application viz., the Form 1, Form 1A and Conceptual Plan including EIA, EMP and the additional clarifications furnished in response to the observations of the Expert Appraisal Committee constituted by the competent authority in its meetings held on 14th-15th February 2011, 3rd-4th March 2011, 5th-6th April 2011, 22th-12th May 2011 and 31st May 2011.

Feature: Howl of the hills.

Letter: Maharashtra Pollution Control Board to the Secretary, MoEF on Lavasa