Road map for phase-out of HCFCs in India 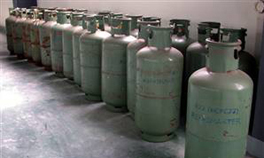 The comprehensive road map for phasing out hydrochlorofluorocarbons (HCFCs) in various sectors as per the reduction targets of Montreal Protocol released by the Ministry of Environment and Forests. India plans to cut the use of the HCFCs by 10 per cent by 2015 and then to zero by 2030.

India acceded to the Vienna Convention for the Protection of the Ozone Layer in 1991 and ratified the Montreal Protocol on Substances that Deplete the Ozone Layer in 1992. India has also ratified all the amendments to the Montreal Protocol, as on date.
Hydrochlorofluorocarbons (HCFCs) are classified as controlled substances under Annex-C Group-I of the Montreal Protocol and therefore their use has to be reduced and eventually phased out. HCFCs additionally have a global warming impact due to their high Global Warming Potential (GWP). Recognizing these challenges, the Government of India has formulated a comprehensive roadmap for HCFC phase-out, which spells out concrete goals, actions and timelines to control and reduce
production and consumption of HCFCs in line with the accelerated control schedule for HCFCs under the Montreal Protocol.