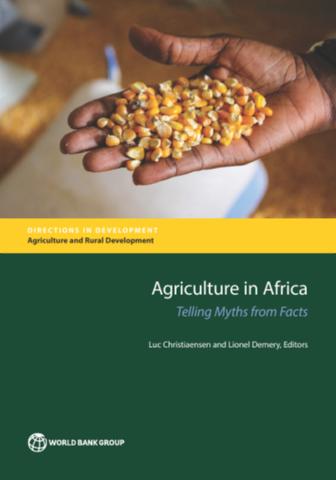 Stylized facts set agendas and shape debates. In rapidly changing and data scarce environments, they also risk being ill-informed, outdated and misleading. So, following higher food prices since the 2008 world food crisis, robust economic growth and rapid urbanization, and climatic change, is conventional wisdom about African agriculture and rural livelihoods still accurate? Or is it more akin to myth than fact? The essays in “Agriculture in Africa – Telling Myths from Facts” aim to set the record straight. They exploit newly gathered, nationally representative, geo-referenced information at the household and plot level, from six African countries. In these new Living Standard Measurement Study-Integrated Surveys on Agriculture, every aspect of farming and non-farming life is queried—from the plots farmers cultivate, the crops they grow, the harvest that is achieved, and the inputs they use, to all the other sources of income they rely on and the risks they face. Together the surveys cover more than 40 percent of the Sub-Saharan African population. In all, sixteen conventional wisdoms are examined, relating to four themes: the extent of farmer’s engagement in input, factor and product markets; the role of off-farm activities; the technology and farming systems used; and the risk environment farmers face. Some striking surprises, in true myth-busting fashion, emerge. And a number of new issues are also thrown up. The studies bring a more refined, empirically grounded understanding of the complex reality of African agriculture. They also confirm that investing in regular, nationally representative data collection yields high social returns.