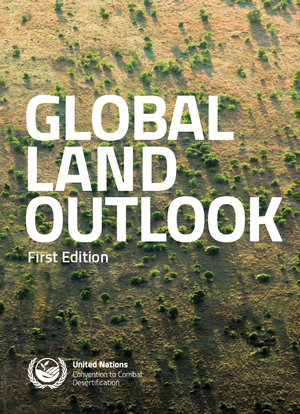 A new United Nations report warns that a third of the planet’s land is now severely degraded thanks to a doubling in the consumption of natural resources over the past 30 years. Some 15 billion trees and 24 billion tonnes of fertile soil are lost each year, according to the Global Land Outlook (GLO), launched by the secretariat of the UN Convention to Combat Desertification (UNCCD), at the meeting of States parties taking place in Ordos, China. The GLO takes a critical look at financial and socio-economic values of land, and its impact on the poor. It marks the first in-depth analysis of land functions viewed from multiple lenses such economic growth and global trade patterns, highlighting the inextricable links between land, these sectors, and the people that can work to save it. Smallholder farmers, women and indigenous communities are the most vulnerable, given their reliance on land-based resources, compounded by their exclusion from wider infrastructure and economic development.