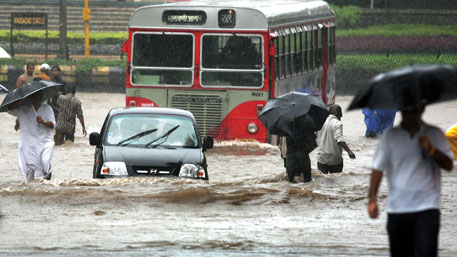 Climate change could cost India 2.8 per cent of GDP, and lower living standards of nearly half of its population by 2050, as average annual temperatures are expected to rise by 1-2 per cent over three decades, warns this new report released by the World Bank South Asia is highly vulnerable to climate change.

Average temperatures have been rising throughout the region, and rainfall has become more erratic. These changes are projected to continue accruing over the coming decades. South Asia’s Hotspots: The Impact of Temperature and Precipitation Changes on Living Standards is the first book of its kind to provide granular spatial analysis of the long-term impacts of changes in average temperature and precipitation on one of the world’s poorest regions. South Asia’s Hotspots finds that higher temperatures and shifting precipitation patterns will reduce living standards in communities across South Asia—locations that the book terms “hotspots.” More than 800 million people in South Asia currently live in communities that are projected to become hotspots under a carbon-intensive climate scenario. Global action to reduce greenhouse gas emissions will reduce the severity of hotspots. Diverse and robust development is the best overall prescription to help people in hotspots. The book also suggests actions tailored to each country in the region—such as increasing employment in nonagricultural sectors, improving educational attainment, and expanding access to electricity— that would offset the declines in living standards associated with hotspots. South Asia’s Hotspots complements previous studies detailing the impacts of sea-level rise and extreme events on the people of South Asia. Together, these bodies of work create a sound analytical basis for investing in targeted policies and actions to build climate resilience throughout the region.