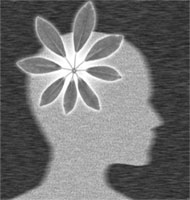 Down To Earth and the Centre for Science and Environment announce that the winner of the 2001 Green Scientist Award is V P Sharma , former head of the Malaria Research Centre. Instituted to recognise and honour commendable scientific efforts in the crucial but ignored area of environmental science, the award acknowledges Sharma's path-breaking efforts to develop bioenvironmental strategies to control the malaria-bearing mosquito, one of the biggest health problems in India and other developing countries. The DTE-CSE exercise to rate the efforts of India's environmental scientists throws up some rather alarming facts. Firstly, that the Indian government is just not bothered about the state of environmental research is apparent from the pittance it allocates to the environment as part of the overall research and development budget. Secondly, that whatever it spends is a big waste with very low productivity and value. Our rating of the environmental research sector earned it low points