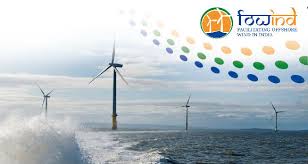 The Global Wind Energy Council (GWEC) has announced the launch of the Offshore Wind Policy and Market Assessment Outlook. This report is a crucial link to facilitating the development of a roadmap for offshore wind power in India. The report was developed as a part of the FOWIND (Facilitating Offshore Wind inIndia) project launched by the GWEC led consortium in December 2013. The report reviews the experiences to date in major offshore wind markets (Belgium, China, Denmark, Netherlands, Germany, and the United Kingdom) as well as puts the offshore wind sector in a larger context of the industry as a whole. Although the technical, economic and actual ground conditions for offshore wind will be unique to each country, this FOWIND report seeks to draw out relevant policy and regulatory lessons for India. India has a strong record in onshore wind. In 2014, it was the 5th largest market globally with a total installed capacity of 22,465 MW. There is a strong need for large-scale, clean and indigenous energy generation in a rapidly developing economy like India. Offshore Wind may now have a role to play. It generally has some inherent advantages such as a large wind resource, higher wind speeds than onshore wind and more clarity over land tenure. Globally, offshore wind has come of age. At the end of 2014 global offshore wind installations reached 8,771 MW. By 2020, this capacity could reach 29,000 MW.