WMO statement on the state of the global climate in 2017 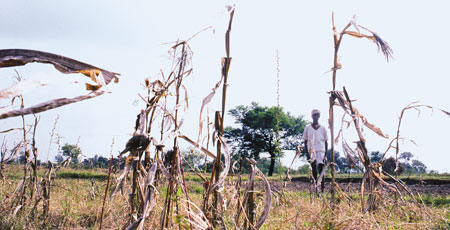 Year 2017 will be one of the three hottest years on record, with many high-impact events, including catastrophic hurricanes and floods, debilitating heat waves and drought, says this provisional statement on the State of the Climate released by the World Meteorological Organization (WMO).

It is very likely that 2017 will be one of the three hottest years on record, with many high-impact events including catastrophic hurricanes and floods, debilitating heatwaves and drought. Long-term indicators of climate change such as increasing carbon dioxide concentrations, sea level rise and ocean acidification continue unabated. Arctic sea ice coverage remains below average and previously stable Antarctic sea ice extent was at or near a record low. The World Meteorological Organization’s provisional Statement on the State of the Climate says the average global temperature from January to September 2017 was approximately 1.1°C above the pre-industrial era. As a result of a powerful El Niño, 2016 is likely to remain the warmest year on record, with 2017 and 2015 being second and/or third. 2013-2017 is set to be the warmest five-year period on record. The WMO statement – which covers January to September - was released on the opening day of the United Nations climate change conference in Bonn. It includes information submitted by a wide range of UN agencies on human, socio-economic and environmental impacts as part of a drive to provide a more comprehensive, UN-wide policy brief for decision makers on the interplay between weather, climate and water and the UN global goals.