Summary of monitoring of pesticide residues at national level 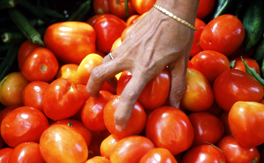 Read this summary of the monitoring of pesticide residues in the food commodities conducted from April 2008 to March 2009 at national level by Department of Agriculture, Ministry of Agriculture and the IARI.

The Department of Agriculture and Cooperation, Ministry of Agriculture, Govt. of India in collaboration with Indian Agriculture Research Institute, New Delhi under All India Network Project on Pesticide Residues has been implementing a project on “Monitoring of pesticide residues at National level” during the period from April 2008 to March 2009. Samples of vegetables, fruits, spices, pulses, cereals, milk and milk products, fish, tea, honey, meat, animal feed and ground water were collected in different parts of the country and analysed at 20 participating laboratories located at different regions for identifying the presence of various pesticide residues.